Sorry for the lack of updates here recently, life seems to have got in the way! Our Open Days this year have been quiet but I think the weather has had a big part in that, however we’ve had some really great visitors and even managed to recruit some members for the Royal Observer Corps Association.
Among our visitors was Dr Sam Christie an independent film maker who is making a documentary so spent two days filming with us. More recently we’ve had Penrith and Keswick Fire Brigade crews practicing a casualty evacuation. 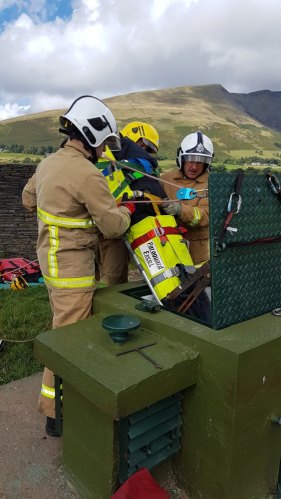 There have also been one or two additions this year including a new shelter to replace our wrecked gazebo and a present from John Gedge of a set of used Mk1 maroons and a home made trainer set of the later type maroons (non functioning).